The Country of Chile: It is a long, narrow country that stretches along the western coast of South America. The capital and largest city in Chile is Santiago, which has a population of 5 million residents. Its official language is Spanish, but native languages such as Mapudungun and Quechua are also spoken in some areas.

The word “chile” comes from a Nahuatl word meaning “small reed.” Chile was first discovered by Europeans around 1536, when it was sighted by Spanish explorer Diego de Almagro. By the early 17th century Spain had established an outpost at Santiago to provide supplies for their colonies in Peru and Bolivia. In 1810 Chile declared its independence from Spain, beginning a long period of sporadic warfare between Chile and Peru over control of the Atacama Desert region (the War of the Pacific) that ended with Chilean victory in 1880. The country has since enjoyed relative domestic stability.

The Country of Chile

Chile’s highlands include deserts and lakes while its lowlands consist of fertile valleys and mountains with large forests. It borders Peru to the north, Bolivia to the northeast, Argentina to the east, and the Drake Passage (a water passage between Cape Horn and Antarctica) to the west.

Chile stretches more than 3,000 miles along the Pacific coast of South America. Chile’s borders with Argentina and Peru were defined in the early 19th century by treaties and boundary agreements. Chile established its independence in 1810 when it overthrew Spain’s colonial rule. The new state quickly began to prosper under strong leadership and free trade policies.

In recent decades, however, poorer regions have struggled to keep up with the rest of the country. Chile has worked hard to improve their education system so that all are able to reach their full potential. There are many excellent universities located there today.

The Republic of Chile is a country in South America, located between the Andes and the Pacific Ocean. The capital city is Santiago. The largest city and main economic center is also Santiago. According to estimates from 2012, about 16 million people live in this country.

What is Chile Famous for?

Chile, a country in South America is famous for its wine and the Pacific Ocean. In Chile you will find everything from fishing villages to big city life. There are many famous places in Chile such as the Andes Mountains, Chilean Lake District and Torres del Paine National Park.

The cuisine of Chile includes a wide variety of dishes from the country’s indigenous and European, Asian and other culinary traditions. The nation’s topography has also played a key role in shaping its cuisine, with some staples being seafood caught off the central coast and grapes grown in vineyards located at temperate latitudes. In recent years there have been calls for a more pronounced recognition of traditional Chilean cuisine by UNESCO.

Interesting  Facts about the Country of Chile

Chile is a country located in South America. The capital and largest city of Chile is Santiago, where 31 percent of the population lives. The second-largest urban area is Valparaiso, with an urban population of 2 million people. There are many interesting facts about Chile that may surprise you. Here are some

Chile has more than 1,000 miles of Pacific coastline, yet it does not have any land borders with the ocean. Chile’s capital city of Santiago is home to one-quarter of its population; therefore, most residents live in rural areas. Nonetheless, Chile has the highest per capita GDP (gross domestic product) in Latin America and ranks highly on worldwide rankings for quality of life and human development index.

In South America Chile is the largest exporter of wine in South America. Chile’s wine industry started with French immigrants who planted European grape varieties that flourished in the country’s climate and soil. Today, there are thousands of wineries throughout Chile producing wines made from a variety of grapes. While most Chilean wines are consumed within the country, some wineries produce high-quality wines for export to other countries around the world.

The Atacama Desert in Chile is one of the driest places on Earth. Only 10% of the land in this desert gets rainfall per year, and some areas receive no rain at all. It has been called “the driest place on Earth,” which is not quite true — Antarctica’s McMurdo Dry Valleys are actually drier — but it does get fewer than two inches (5 centimeters) of rain per year. In contrast, most deserts receive between four and 20 inches (10 to 50 cm) of rain a year.

Valparaiso city is a city in Porter county. The city had 30,123 people last year. It was first called “Porter’s Landing” because it was founded by New York fur trader and real estate investor Arthur Stilwell Porter. Later it became known as South Haven, then finally Valparaiso after Spanish explorer La Salle’s ship took shelter among the sand dunes near what would become downtown Valparaiso in 1679. Today this historic port is rich with cultural experiences including galleries and museums.

The Andes of Chile’s mountains contain the largest volcanoes and some of them are still active.The most historically Famous ones are cerro Hudson,cerro arul and villarrica.

It’s a mummy of a child from chinchorro mummies that was discovered 5050 BC in camarones valley of Chile.

It’s the longest coastline in the world with 200km in width.its beach resorts and balnearios attract many visitors every year to enjoy the mild Mediterranean climate on hot days.

8-Biggest swimming pool is present in the country of Chile

Artificial coast is present in Algarrobo city with 1000 yards in length and 115 feet in depth .It was opened in 2006 with 1 billion dollars in cost and it is known by the Guinness books of records.

They are found in the north coast of Chile with 12,000 breeding pairs in the country.

10-The Moai statue–The Country of Chile

The moais, the stone statues that are a part of Easter Island, were carved from volcanic rock. They represent important people and religious figures. The moai stand as tall as 33 feet (10 meters) and weigh up to 82 tons (71 metric tons). Today, less than half remain. Most of them were destroyed by Europeans who inhabited the island starting in 1722.

Chile is an amazing country with many adventures and incredible features so you must visit this wonderful country. 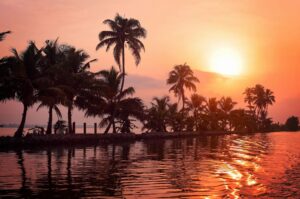